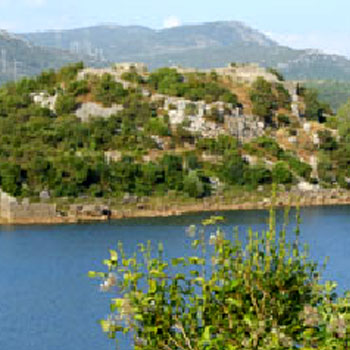 Old Town of Mičevac, on the right bank of the Trebišnjica River, belonged to the parish of Trebinje. It is not known when it was built but, as tradition tells, it was raised by Duke Mičeta, and was named after its founder. According to Lucarius, a chronicler from Dubrovnik, Mičevac was first mentioned as a fortress in 1042. It played the most important role while it was in the hands of the Pavlovićs, Herceg Stjepan and his son Vladislav, only to fall under Turkish rule after strong resistance in 1466 together with Trebinje.