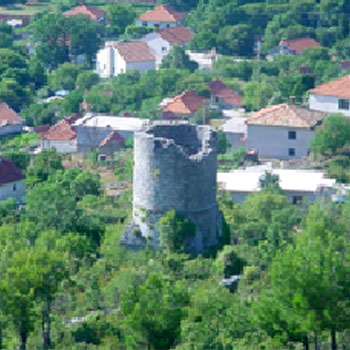 It is assumed that the old and first Trebinje stretched from the church by the river to the top of Crkvina hill which dominates that part. The tower itself is located there. It is illogical that the tower sitting as a watchdog was located far from the settlement, here the case of Trebinje. Although no subsequent data specifies where the center of this region was, it can be concluded that the Branković’s tower served an important role in protection of old Trebinje. Branković’s were a respected old family, who lived and worked at the time of the greatest rise of Serbian state, during the reign of King Milutin and Stefan of Dečani, in the time of King and Emperor Dusan. They were on the stage of history from the first half of the 14th to the first half of the 16th century. The museum in Sant Petersburg is home to a belt with the embroidered name of Branko and the Lion as a symbol of Branković’s home. Vuk was the youngest son to Branko.

He was born in 1345. At the time of disintegration of the Serbian Empire, he withdrew from Kosovo. Branković’s Tower in Police represents one of the oldest but little-known monuments in our history. There are opinions that this dominating tower, still referred to as Brankovina, did not belong to the Brankovićs but was Greek or Turkish. With regards to the historical data and the existence of Mladen, the founder of Branković family, who in 1323 was the master of Trebinje, and his son Branko, these statements are denied, and we surely say that the tower indeed belonged to the Branković’s.