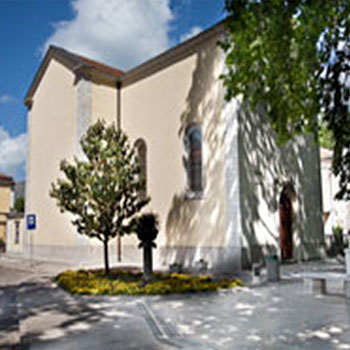 In 1984, a thousand-year-long existence of the Roman Catholic Diocese of Trebinje and Mrka was celebrated. Its first mention is found in a bull of Benedict VIII (1012-1024), issued on 27 September 1022. During its long existence, the diocese has passed through various difficulties caused by political and social factors. In 1984, on May 31, a small church in honor of the Nativity Virgin Mary in Trebinje was proclaimed the cathedral.