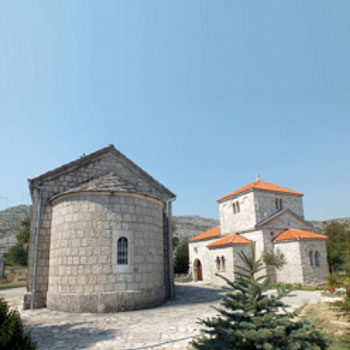 St Peter and Paul’s monastery is located in Peter’s field (Petrovo Polje), 5 kilometers southeast of Trebinje. On the church foundations, which according to legend date from Justinian’s Age (6th century), the new church was erected in the early 20th century. Archeological findings bear witness to the very old buildings, presumably from the time of early Christianity, located on the site of the present monastery. The monasterial complex consists of the Apostle Peter’s Chruch, erected in 1906 on the ruins of an older church, the remains of the Apostle Paul’s Church and monastic quarters.